After trying out, two cheerleaders have been accepted to the collegiate teamTess Petrillo, Staff ReporterOriginally published May 16, 2019 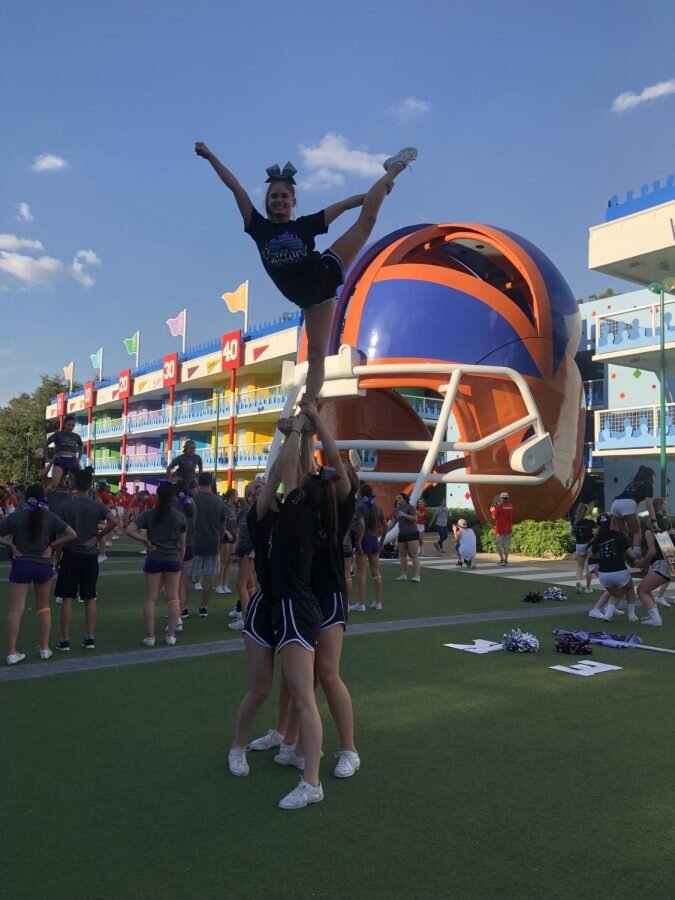 Senior Haley Stroud, who is a flyer, poses at the 2019 Nationals held in Orlando, Florida. Stroud plans on being a flyer on the SDSU cheer team.

Black Team cheerleaders, seniors Haley Stroud and Avery Miller, have recently become a part of the San Diego State University (SDSU) Coed Cheer Team. In addition to flying out to San Diego, this prestigious nationally ranked cheer team requires a competitive and extensive try-out process to get on the team. Stroud and Miller describe their experience with the preparation for, and the participating in, the SDSU cheer tryouts.

Haley Stroud has been on the cheer team for three years and is currently part of the Black Team, the tumbling team. After Nationals she and Miller decided that they would try out for the team.

“We only had a little over a month to prepare because we had decided pretty late,” Stroud said. “We had to start doing extra practices with our coach and do a lot of tumbling, and just try our best to get ready.”

Both athletes flew down to San Diego in order to participate in the tryouts. Stroud was trying out for the position of a flyer on the team. Stroud explains how this position was very difficult to receive. “There were 26 flyers that were trying out, 26 that I was competing against to make a spot on the team, and they were only accepting 16 or 18,” Stroud explained. “I knew it was going to be really hard to make it, but we practiced tumbling, stunting and learned the team fight song to make sure we knew the material we needed to try out with.”

Even though she did get that spot on the team, keeping that spot is still going to be very competitive. “They’re always trying to pick out the best girl they can find for the job,” Stroud explained. “I just always have to be improving on all my skills because if I stop they will cut me.” Just like any other sport team, the best players are always in demand, especially when the team has the reputation of SDSU.

In addition to working hard to stay on the team, collegiate cheer requires a lot of time commitment and work in itself. “We have practice four days a week from 7-11 p.m., we have mandatory weight rooms on off days, and we have to just make a lot of appearances in general,” Stroud said. “Like on football game days, the game is an event that lasts an entire day. So it is a whole day ordeal for us. We also have to be at community outreach events that we are responsible for.”

While the commitment might be difficult, Stroud’s love for cheer motivates her to become stronger and better everyday. First in high school, and now on an esteemed and respected college team. 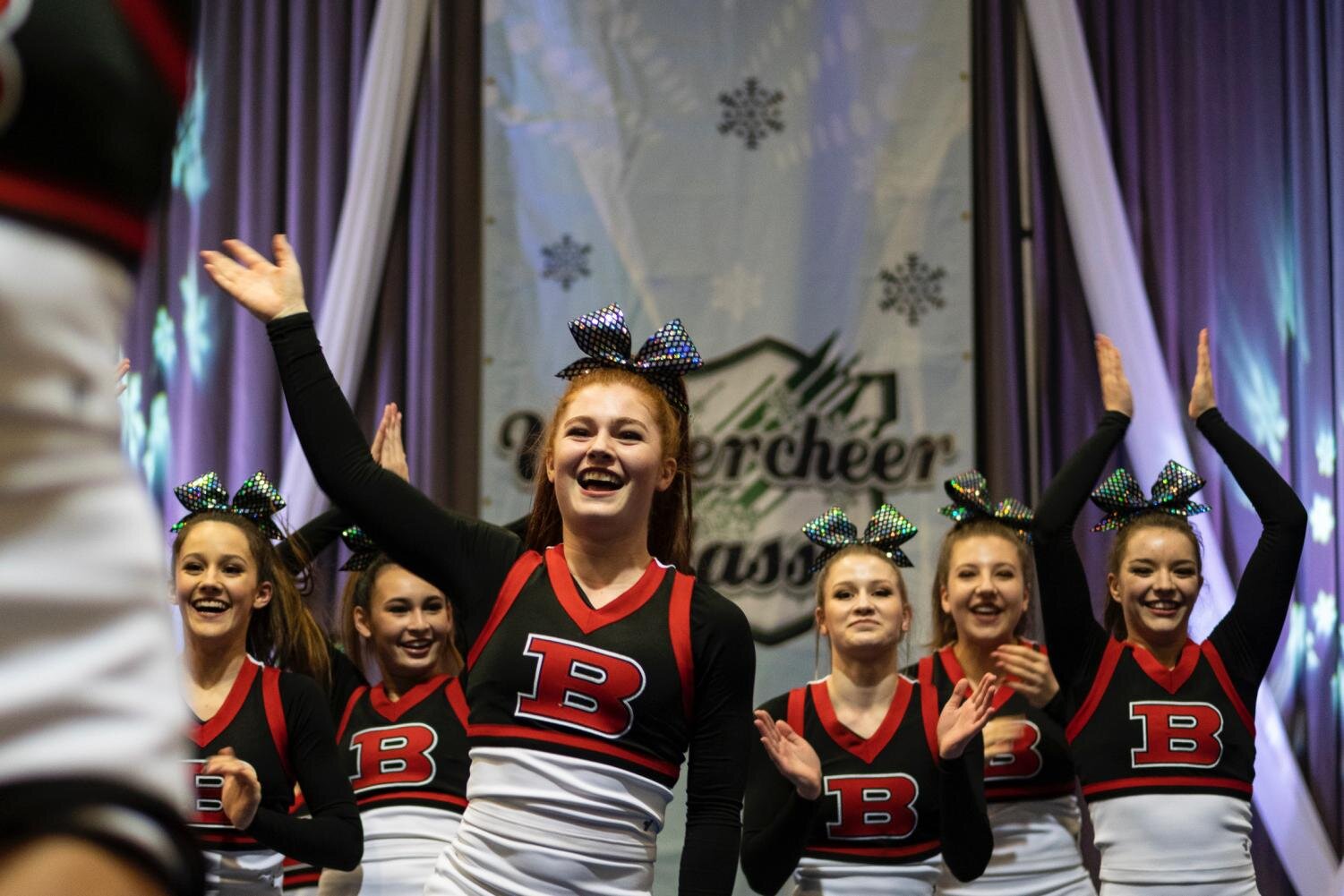 Senior Avery Miller waves to the crowd at the Winter Cheer Classic earlier this year. Miller plans on being a base for SDSU cheer team this fall.

Avery Miller, like Stroud, has been on the team for three years and participated in the same try out process that Stroud did. While they had only prepared for a little over a month, they put in a lot of work to make sure that they were ready for the competition.

“Going into it we knew we were going to have to put in a lot of extra time and do a lot of extra practice to prepare for it,” Miller said. “In addition to tumbling at Ballard, we went down to an all-star gym in Tacoma to work with some other kids down there. Just so we could go out of our comfort zone and work with different groups and different people.”

The preparation for tryouts as well as the commitment needed to be on the team were both kept in mind when Miller decided she wanted to tryout. With the amount of respect associated with the team, it is clear why she would choose to be a part of it throughout her college career. “San Diego State is nationally ranked and they have been consistently good for a long time, which is one of the reasons I was drawn to it. I just wanted to be a part of such as prestigious program.”

After all her years of hard work, Miller is able to be a part of that prestigious program. In addition to the month and half that Miller and Stroud spent preparing for tryouts, they have also been preparing for college cheer throughout their entire high school career.

“I think that the amount of time we put into perfecting all the little details and making sure our technique is good, all the things we do at Ballard that not every high school team does, is something really going to help next year,” Miller said. “The skills that they do in college aren’t all the same as what they do here, but having the training and the technique already is going to make it a lot easier for us to get those new skills.”