Tech robots are people too 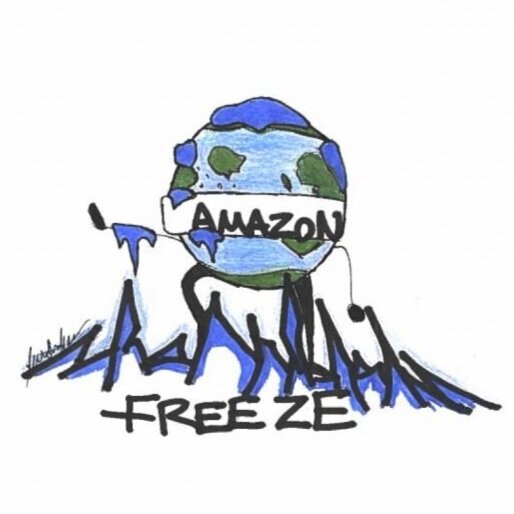 Amazon: an international tech corporation with real estate around the world. To some in Seattle, it’s known as the 21st century devil, and its employees are his helpers. The very mention of the trillion-dollar company garners a frosty attitude, bringing new meaning to the “Seattle freeze.”

For those who are unclear of the phrase, the Seattle freeze is a widely held belief that it’s difficult amongst transplants from other cities to make friends because of a social dysfunction caused by either the weather, new arrivals, or the reserved Scandinavian culture Seattleites proudly claim.

As someone who hails from a transplant family, I can attest to the phenomenon. Mostly as someone whose livelihood depends on pay days from Amazon, it hurts to hear stories about family members or friends being “freezed out” or having to deal with angry criticism from strangers.

Biased adults and indignant teens treat it politically, letting their opinion be heard by anyone in earshot. The words “hate” and “Amazon” so casually thrown together move from mouth to mouth and flash across headlines. The Stranger showcasing “Hey Amazonians: This Refinery29 article is why Seattleites hate you,” the New Yorker with “How Amazon took Seattle’s soul.”

To some it’s political, to others it’s personal.

“There’s all different kinds of jobs at Amazon, they’re not all wealthy CEOs. There’s the janitor, there’s security or designers like my mom,” junior Fiona Paskoff said.

Looking at Amazon myopically loses sight of the transparent line drawn between a corporation and its executives and its employee. An international corporation means thousands of moving parts, thousands of jobs varying from warehouse worker to mid-level managers.

“In class the other day we were talking about homelessness, the head tax and how it was all Amazon’s fault that we are in this situation,” Paskoff said “which I think is incorrect because there’s other corporations. Zillow’s here, Google’s here, all of these are corporations that play a part.”

After Microsoft, Amazon took the reigns and drove Seattle towards the future of a true tech city in a new economy. People flooded from around the nation and the world for their positions at Amazon, bringing in different beliefs, cultural attitudes, increased traffic and developed most of South Lake Union.

Homelessness being the most controversial topic in Seattle, people blamed the most well known corporation for the mass amounts of battered men and women that strode the streets. After that, the company seemed to be a target for any impassioned accusation.

“They [the class] didn’t have the full picture of what is going on,” Paskoff said. “I understand that obviously Amazon is a big factor–to them it was more of a company thing. To me, it was pointing fingers at the people who work there and don’t have a say.”

What’s being written here isn’t Amazon propaganda. This isn’t a piece countering every close-minded allegation that’s been thrown in the face of an employee, it’s a reminder.

A reminder that the people who wake up everyday walk onto Amazon premises and hop onto their conference calls, type their proposals, discuss marketing, hand out visitor badges, are providing for their families. No matter what their opinion is on Jeff Bezos, Alexa, or the head tax, the employees are doing their job.

“People hear what they want to hear,” Paskoff said. “If you’re someone who has lived here for a long time, been here from before Seattle boomed with Amazon and whatnot you see more of the negative stuff than the positive stuff, then you develop biases.”

These biases are what begin to influence the younger generation. Next time it’s heard that Amazon has established additional headquarters and reactions turn negative, consider who your neighbors are.