Stand up for your rights: urging support for state student free speech rights 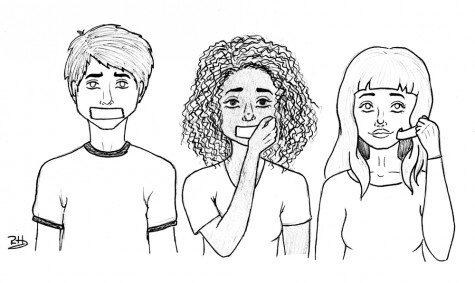 As an editorial staff, we cannot be more appreciative of being an open public forum. This enables a publication to write freely about whatever they choose. We are lucky enough to be at a high school with an administration that respects this right, but we know that other schools are not so lucky.

On staff, we’re able to develop a sense of voice through journalistic writing and take on professional roles as reporters. As a publication, we take greater advantage of our free speech rights than the average high schooler. Traditional high school classes simply lack the skills of investigation that we learn writing for the paper. Being able to publish what we believe is newsworthy, controversial or not, is made possible because of an open public forum by definition.

As student journalists on the Talisman, we have a comprehensive view of our First Amendment rights and take full advantage of them. In doing so, we understand the limits to them, and that others don’t have the same liberties that we fortunately do.

We are aware that not all publications have the ability to speak as freely as we do. When administrators censor student media, it is a halfhearted embrace of the serious role journalists play. The news communicates information to the public, impacts the student body and creates an intellectual environment that benefits from earnest discussion. Unlike newspapers in the Seattle School District, many student publications have prior review, so the principals may edit or omit content.

Senate Bill 6233, proposed by Republican Joe Fain in early January, will bolster free speech rights and expression in high school student media, strengthening our purpose as student journalists. Currently, our free speech is somewhat limited based on the Hazelwood Standard, due to the Supreme Court decision made in Hazelwood School District v. Kuhlmeier (1988).

In this case, a school’s principal removed two articles, one on teen pregnancy, and another on divorce. The students sued, claiming the content removal violated their free speech rights. The Supreme Court voted into a 5-3 decision that administrators could practice prior review of student expression, such as censoring articles in school newspapers, if the restriction was “reasonably related to legitimate pedagogical concerns.”

If Senate Bill 6322 becomes law, as have similar bills in North Dakota, Oregon, California and others, all Washington state school media will become open public forums and free speech will be guaranteed to current open public forums like the Talisman.

By unanimous vote, our editorial staff supports this SB 6322 (8-0). We urge Washington legislators to support it as well.