A reason to assemble 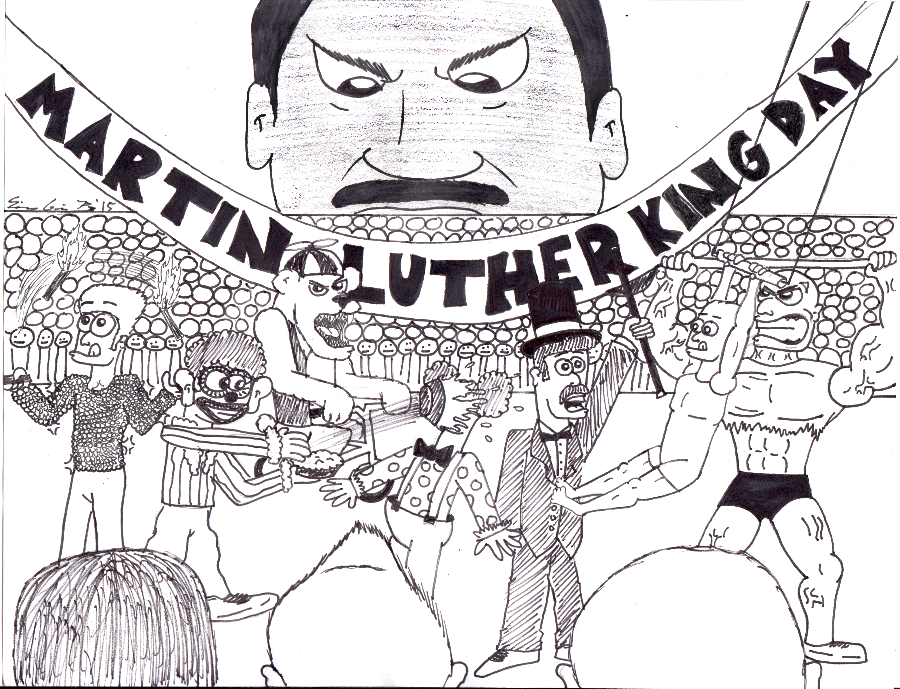 What is the function of an assembly?

At its core, an assembly is intended to be a gathering place for students, regardless of interests or grade level, to be informed of a common topic. Sometimes it’s incarnated as a “pep assembly,” a non-mandatory show of “class pride” with a spectacle of games and pranks.

Sometimes, assemblies are serious: don’t drink and drive, behave yourself in the hallways, you’re almost to the finish line of the year don’t you screw it up now. Sometimes assemblies are to commemorate an event or holiday, such as the annual Martin Luther King Jr. Day assembly.

Martin Luther King Jr. was an incredibly important figure in American history, and his legacy lives on today. Our country bears his name. And we know this–we’ve been learning about it since kindergarten. We know he fought for civil rights and integration. We know his fight isn’t over.

The past year saw the biggest racial uproar most of us can remember.

Ferguson and its aftermath are no secret, and just because the riots have subsided doesn’t mean that its over.

Why then, in a time of heightened racial tension and concern for civil rights, do we not talk about them at an assembly commemorating the very man who became the face of that famous fight?

We’ll be walking out of these doors in a few short years. Shouldn’t we know that the modern importance of MLK day is not that “Martin Luther King had a dream, and you can too”?

Ballard is a nearly all white school, but this doesn’t need to limit us in our understanding of the issues surrounding race and civil rights. MLK Day isn’t about white guilt. It should be about the truth, and about accepting that these issues are still prevalent in our lives today.

Instead of pandering to the lowest common denominator, assemblies should challenge students to rise to a new level of understanding, and our recent multicultural assembly was a good start.

It was a pleasant surprise to see students being by and large, extremely respectful to those exhibitors of other cultures. It could even be that somewhere down the line, students could start to understand different cultural practices without superficial shows of strength.

The MLK assembly speaker, Keith Davis, will tell you that just like King, you too can one day pursue your goals, and isn’t that terrific. We have something to tell you, Mr. Speaker: We already can, if you give us a chance. High school students can do a lot.

You should try us some time.