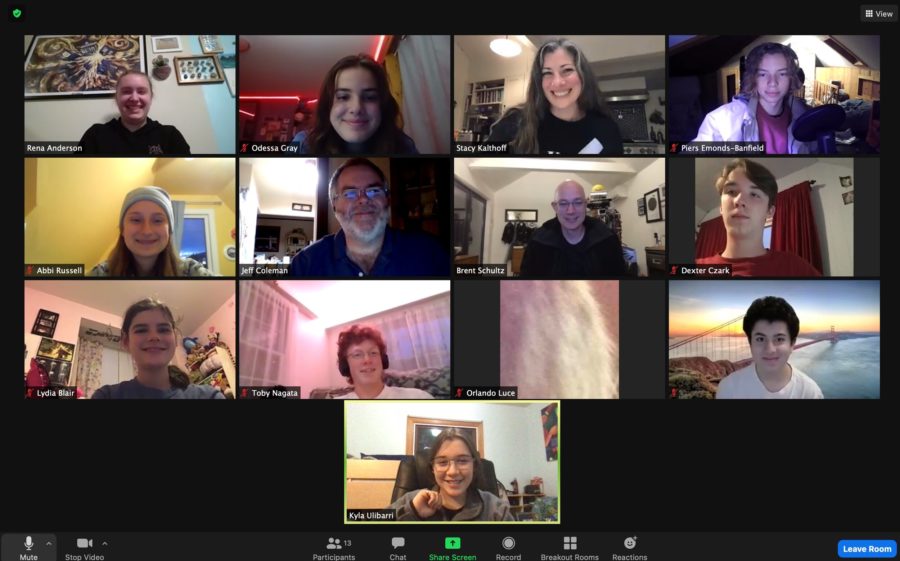 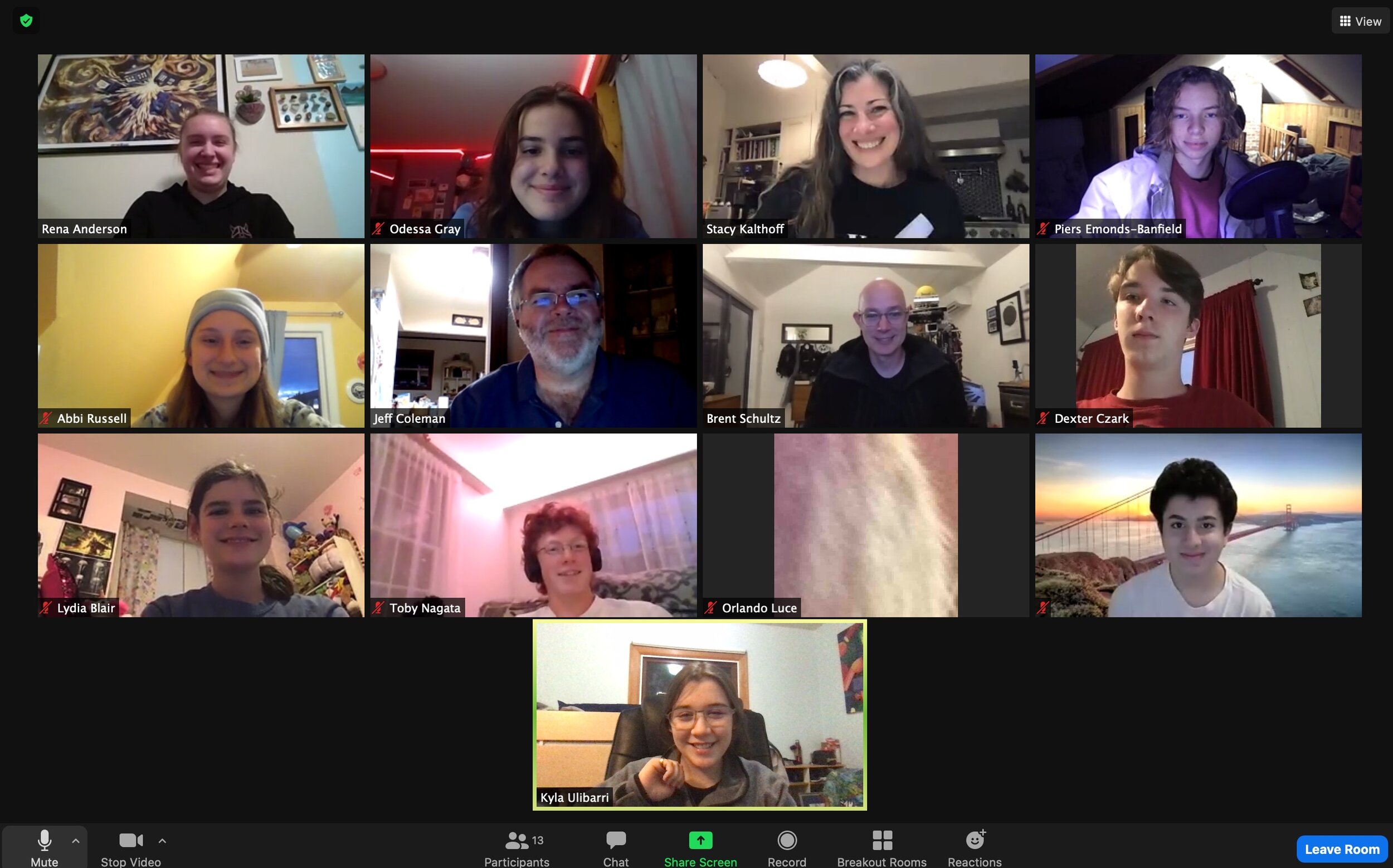 Members of the Mechanical subteam meet over Zoom.

With the 2020-2021 school year transitioning to online classes, clubs have been working to adjust to the new normal. Viking Robotics is one of the many groups reformatting their activities to remain socially distanced.

Senior Kyla Ulibarri is the Head Lead of Electrical for the team. Normally, she’d be preparing to wire this year’s robot, but instead has been helping to reformat the team’s meetings for online learning.

“New members start next week,” Ulibarri said over Zoom. “Once they start we’ll have overviews on the different subteams, and after the overviews we’re going to have virtual workshops.”

For her subteam, this means preparing incoming members for a potential in-person future.

“As electrical, I’m getting tools delivered to my house,” Ulibarri said over Zoom. “I’m going to explain and demonstrate how to use them to new members.”

Ulibarri explained the difficulties of these virtual workshops, especially for her subteam.

“It’s very in-person, so there’s not a lot of digital aspects to our work,” Ulibarri said over Zoom. “Mechanical and programming have ways of doing things online, but electrical doesn’t really have a precedent of how to do things, so I have to figure out a solution to that.”

Senior Yumi Haskins is Lead Programmer for the team, and has also found difficulties with the new virtual plan, especially with getting new students involved.

“Programming doesn’t really have any new members,” Haskins said over Zoom. “We only have 6 new people overall, instead of the normal 30-ish people who show up to look into robotics.’

Haskins explained that students being able to see demonstrations in person, directly after school, drew in larger crowds and led to more new members.

However, meetings over Zoom and drawing exercises for new members is preferable to the difficulty the team had last spring when the stay-at-home order was first issued.

“Because last year got so chaotic, we only had one competition,” Ulibarri said over Zoom. “Many teams didn’t get any competition whatsoever.”

For Inspiration and Recognition of Science and Technology (FIRST), the organization that plans and hosts the competitions Viking Robotics competes in, is pushing ahead despite the cancellations last spring. Because of this, the team is planning on finding a way to participate.

“FIRST said this year’s game is going to be the same as last year’s, with a few tweaks,” Ulibarri said over Zoom. “We’re probably going to reuse last year’s robot, fix some problem areas, and improve the design.”

However, this adjustment isn’t without flaws. Haskin shared her concerns over how prepared the team will be when the competition happens.

“The competition is potentially in summer 2021,” Haskins said over Zoom. “If it happens over the summer I will have graduated. We’ll have to prepare by training people younger than the usual threshold.”

Besides the strategic and technical issues, Haskins explained that the new system tends to be lonely, especially with how the team has had to split up the sub-teams to make virtual teaching run smoothly.

“It’s a lot more isolating because you’re in your programming box, and then I can’t go talk to my friends in Business or Electrical,” Haskins said over Zoom. “Normally I’d be able to go out and see them because they sit a table away from me. You can’t really be a team like this,”

Overall the future is somewhat uncertain for the team. However, while they continue to adjust, Haskins remains somewhat positive about the situation.

“We’re not in a worse position at least,” Haskins said over Zoom. “It might be a blessing in disguise.”