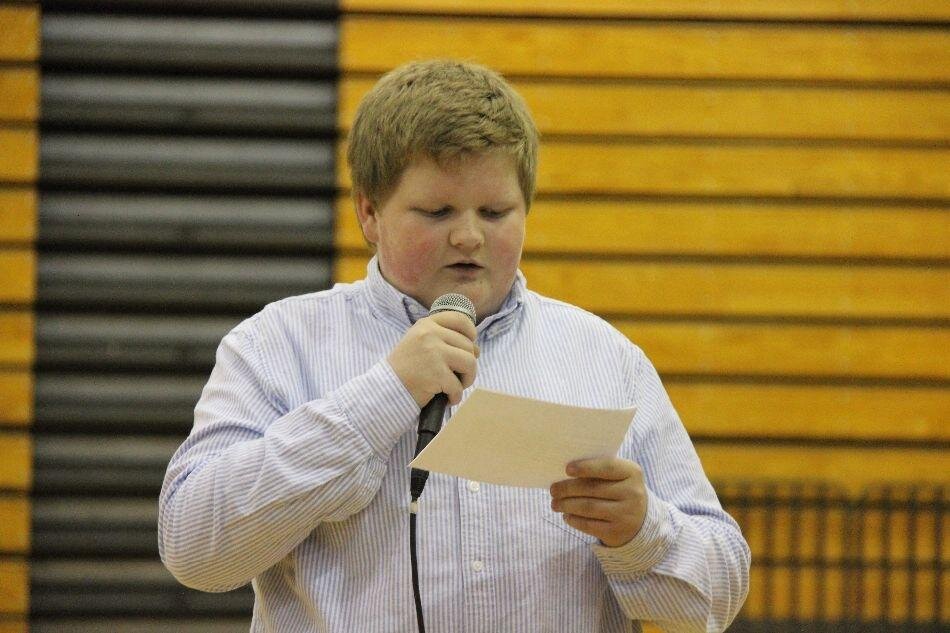 Students of every grade received warnings of the spring dress code, and encouragement for the quarter ahead. Freshmen, sophomores and juniors all gathered separately to listen to next year’s ASB candidate’s speeches as well as vote.

ASB elections for the coming school year were held April 8, directly after second period, causing a reduction in class time. Candidates gave speeches regarding their goals and plans, while administration reminded students of school policies that would not subside with the clouds.

Wynkoop also emphasized the importance of class elections. “It does have an impact on you, who sits in these seats,” Wynkoop said.

All ASB candidates emphasized their new ideas for ramping up inclusion and involvement within the student body in their campaigns, and these trends continued with sophomore Isabelle Keller, running for Junior Class President, as well as her opponent, Philip Coleman. “All the people in this class need to come together as a whole,” Keller said in her speech.

With the new crop of student body representatives came new ideas. Among the suggested were corporate sponsorship, suggestion boxes, and spirit week homework exemptions. “I really want to hear what you guys have to say,” ASB Secretary-Elect Ivy Watkins said.