Wait… When did Zelda become an Anime?

The most recent release of “Hyrule Warriors” seems lazy after earlier developments in the formatMax Schomber, Staff ReporterOriginally Published June 8, 2018 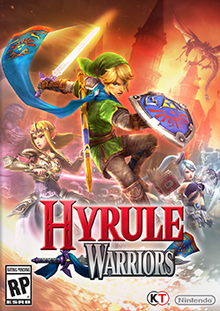 Head-developed by Takahiro Kawai under the companies Nintendo and Koei Tecmo, “Hyrule Warriors” combines elements from the Zelda and Dynasty Warriors series to create a beat-em-up experience unique to the warriors series.  Kill hordes and hordes of monsters while claiming territories called keeps and dueling powerful boss enemies- simple enough.

These elements of combat are certainly meant to be the focal point of the game, as the plot is quite simple compared to some of the other complex and/or overly elaborate plots the Zelda series is known for. An evil psycho lady calls monsters from various eras in the Zelda timeline in the hopes of forcing the current incarnation of Link to marry her or some other erotic fanfiction esque material, while actually being played for a fool by the evil Ganondorf’s plan to take over Hyrule. I know, it sounds complicated- but in reality it is blatantly told to the player in large bodies of text or in imagery so simplistic it gives the silent Link a complex personality in comparison.

The gameplay itself is as fun as it was on its first release- there’s something just innately satisfying about slashing your way through the enemies of the Zelda world as though they are made of paper. The main campaign lacks difficulty, but this is more than made up for in the game’s adventure maps, which are used to collect a majority of the game’s weapons, characters and outfits for the warriors. Each character also comes with their unique niche and charm- whether it be one of the multiple incarnations of Link, the evil Ganondorf or one of the many other characters in the game, all have fun and destructive ways to tear through the battlefield.

I wish I could say that they only kept it with a Zelda base however, as some of the new ideas brought by the Koei Tecmo team transition the once serious and epic Zelda mythos into the worst aspects of anime culture. The main villain is obsessed with Link, and therefore the traits the player personifies onto him, all characters have annoying anime shouts instead of the grunts traditional of the Zelda series, and why does every new female character look like some hideous deviantart creation or oversexualized to a disgusting level- the portable aspect is a detriment now, as I feel obligated to look over my shoulder every couple of seconds to make sure some bystander doesn’t think I’m watching something inappropriate.

I also wish they could have implemented some of the refinements to the warriors format released in “Fire Emblem Warriors” last year. The game seems so much slower in comparison, and it seems like it would be so easy to add the newer features in a single patch.

I also wish they could have added as much new content as was released with the Legends edition, which included new maps and characters. Yet the only thing that was added in the definitive edition was a couple of skins based on “Breath of the Wild”.

I wouldn’t advise picking up this copy if you’ve played through an earlier edition of the game, there really is nothing new here to enjoy, and players have to go through grievances we thought fixed after other entries in the franchise. But if this is your first experience with “Hyrule Warriors” I can’t recommend the game enough based on how solid of an experience playing the game through is.